A diary is a form of recount, where a writer records events, along with their thoughts and feelings about them. They can be personal documents, or they can be shared with others, perhaps even published.

Diaries are important historical documents because they can give us an insight into what life was like in different times and places. Fiction books can also be written in the form of a diary. 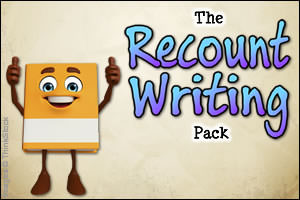 Features of a diary entry

Using The Owl who was Afraid of the Dark as a stimulus, this video lesson recaps the features of a diary entry, including informal language and idiom.

Diary of a Victorian Workhouse Boy

Find out about the life of Charlie Gubbins, a 9-year-old boy sent to the Victorian Workhouse, through his diary.

An Interview with Samuel Pepys

Learn more about Anne’s diary in this short video.

The diary of Flossie Albright, who is just nine when World War II begins.

The Diary of a Killer Cat

When Tuffy brings in a dead bird, he can’t understand why his owner Ellie makes such a fuss.

Diary of a Wombat

Younger children will love this simple diary, about Wombat’s life.

The Lost Diary Of Tutankhamun’s Mummy

Part of a series of historical “lost diaries”, this book gives you the facts about Ancient Egypt from the perspective of a mummy!

The Diary of a Young Girl

Older children will be fascinated by Anne Frank’s diary.
