The Ancient Greek civilisation began in the 8th century BC. Ancient Greece was not one country, but was made up of city states who were often at war with each other.

The influence of this time in history can still be felt today; modern ideas about democracy started in Ancient Greece. We also still enjoy reading and learning about Ancient Greek gods and their myths, and scientific ideas such how levers and pulleys work come from that era too. 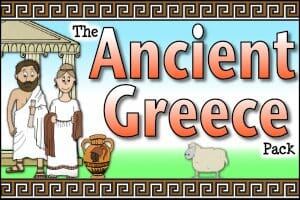 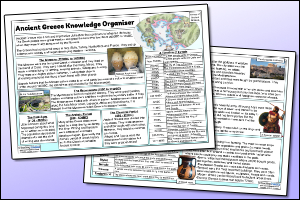 Members of Teaching Packs can download a comprehensive knowledge organiser to accompany this topic. It includes key information that your children can use for reference and research, along with a timeline and a glossary of related words.

This video is a good introduction to Ancient Greek government and mythology.

What did the Greeks do for us?

Learn how Ancient Greek ideas are still important today with this video.

A day in the life of an ancient Athenian

What was life like in Ancient Athens? Find out with this short and informative video.

This video introduces the Olympic Games and gives lots of information about them.

It’s All Greek To Me!

This fantastic song can be used to support the teaching of your Ancient Greece topic.

In this video, the children at Sheriffhales School travel back in time to make their own healthy hummus!

Julius Zebra: Grapple with the Greeks!

Enjoy this hilarious story filled with fun and facts about Ancient Greece. 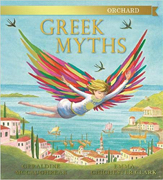 Illustrated Stories from the Greek Myths

Percy Jackson and the Lightning Thief

Percy Jackson believes that he is a normal kid, until he discovers that he is actually the son of a Greek God.

This book is packed with information about life in Ancient Greece. 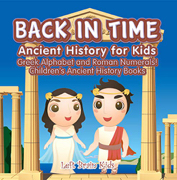 Back in Time: Greek Alphabet and Roman Numerals!

Learn about Ancient Greek numbers and letters in this book.

A Visitor's Guide to Ancient Greece

Travel back in time to Ancient Greece with this visitor’s guide.

If you have found a broken link, or if you have any other suggestions to add to this page, please let us know. Thank you!