The equator runs through Africa, cutting it almost equally in two. The northern half is mainly covered in desert, while the central and southern area have savannah plains and dense rainforest.

Teach your children about Africa using our handy topic guide! 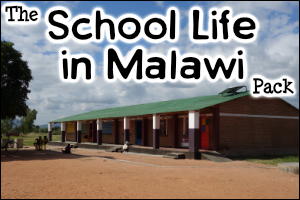 Which continent is the oldest in the world? How many countries make up Africa? Come explore with Lonely Planet Kids!

Experience the hottest of the seven continents on this episode of “Destination World.” Africa is home to some of the most famous animals in the world—here’s your chance to meet them.

It’s an amazing feeling when you get close to the wildlife in East Africa and discover the world of safari with your senses wide open. Have a look!

We All Went on Safari

Join Arusha, Mosi, Tumpe and their Maasai friends as they set out on a counting journey through the grasslands of Tanzania.

The inspiring true story of how one African woman began a movement to recycle the plastic bags that were polluting her community.

Malusi is a herd boy. It is a big job for a small boy, yet he does it well, no matter the danger. But he also dreams of being more than a herd boy someday: Malusi wants to be president.

In this picture book classic, a delightful surprise colourfully unfolds when a little girl called Handa puts seven delicious fruits in a basket to take to her friend.

Long Walk to Freedom by Nelson Mandela is the amazing story of a true hero of our times; his famous biography has been specially adapted for children in a beautiful illustrated picture book format.

Where is the Sahara Desert? What is Africa’s highest mountain? This book answers these questions and more as it introduces readers to the continent of Africa through maps, engaging photographs, and simple text.

Explore the amazing animals of Africa! Travel through the savanna, jungle, and desert to meet lions, elephants, giraffes, and more animals in this leveled reader about the most popular African safari animals that’s perfect for advanced readers.