Sinking of the Titanic

An event every year that begins at 12:00 am on day 15 of April, repeating indefinitely

When she set sail from Southampton on the 10th of April 1912, the Titanic was billed as “The Queen of the Ocean” and the “World’s largest liner”. She was a luxurious vessel, fitted out with the most advanced technology of the time.

The ship was expected to reach New York a week later, but she never reached her destination, sinking 400 miles off the coast of Canada on the 15th of April.

How did the ship, which many believed to be unsinkable, come to such a tragic end?

This Horrible Histories video explains why the crew were unprepared for the accident. 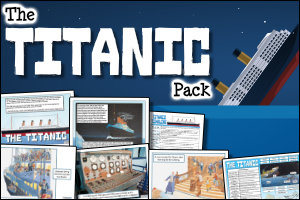